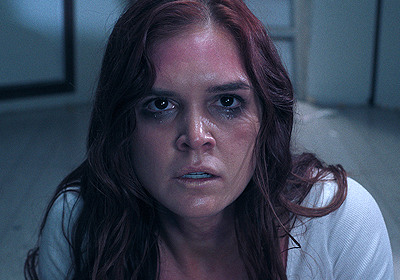 "with a brilliantly written script and well narrated by Brett Gelman. Emily, Christopher & Munro were entertaining throughout in their own unique ways"

It's one thing to be stuck on a boat in the middle of the Ocean... it’s even worse when you and your two best friends went on that boat as part of some dumb idea to resolve some fundamental issues and it just ain't going well... AT ALL... allow me to explain....

Three friends have a massive argument involving some suspicious texts, Rich and extremely short tempered Richard (Christopher Gray) thinks that his chilled out best friend Jonah (Munro Chambers) and his girlfriend Sasha (Emily Tyra) were seeing each other behind his back. So Richard decides to find out what’s really going on… by punching Jonah really hard in the face as many times as humanly possible until Sasha has to break it up.

Turns out the texts were about a Harpoon (Spear Gun) that they had bought Richard for his birthday. So Richard decides to take Jonah and Sasha on a boat ride to make up for his erratic behaviour... which does include some punishment orchestrated by Sasha and Jonah.

Soon after Richard's temper gets the better of him and a chain of dumbass events take place which involves the boat being stuck in the middle of the ocean leaving these three loyal, loving and extremely paranoid friends stranded in the middle of nowhere with very little to eat and almost nothing to drink. Eventually all three of them lose their minds and thus begins a struggle for survival not only for friendships but for their very lives also.

This was such a fun film to watch; with a brilliantly written script and well narrated by Brett Gelman. Emily, Christopher & Munro were entertaining throughout in their own unique ways as they play three arrogant teens who think they know better when clearly they screw up almost every step of the way. The additions to the soundtrack just add more laughs and humour to the movie throughout. Rob Grant has done a great job in the director’s chair with a well written dark comedy atmosphere that delivers on some gore too.