Norm Of The North(2016) by Federica Roberti 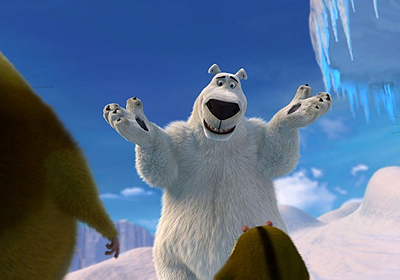 "a film that, in going back to the origins of animated features, makes it possible for children to fully understand the message and it is capable to do so by entertaining not only them but their parents as well"

In an industry that often gives voice and human traits to animals in order to teach lessons about humanity, Norm of the North uses the same stratagem to create a character that talks for the environment and their inhabitants to protect them and create awareness, while at the same time entertain the whole family, especially small children.

The plot is simple: Norm, a polar bear that has the unique ability to speak human, doesn't exactly fit with the idea of how the "King of the Arctic" should be. When humans threaten the peace and quiet of his home, Norm is the only one that can save his glacial land from Mr. Greene, by embarking on an adventure to New York.

The timing for a movie like this couldn't be more perfect. In fact, while other productions try to speak more and more to adults, in order to attract a broader audience, what Norm of the North does is entertaining both adults and children while still teaching a good lesson to the young about respecting the environment. It’s about preserving our world using the best means of communication in the shape of, ahem, a talking bear.

Many of the jokes written are easy to understand for kids without being too childish or leaving out the parents from the entertainment factor. The actors who lend their voices to each character are capable of expressing every range of emotion effortlessly, giving more depth to each human or animal.

The story not only tackles global warming, pollution, and respect for the world in a simple yet effective way, it also highlights how important it is to be yourself and believe in your capabilities and, most importantly, never give up even when the journey becomes difficult and only a handful of people are ready to stand by you. The simplicity of the plot is what makes this story worth watching. While other animated features become more and more complex each year, Norm of the North goes back to the origin and creates a simple storyline that is completely directed at children of all ages.

The jokes are not too elaborated, but still possess a comedy timing that is entertaining to both for children and adults. The drawings are made with great accuracy, and each character's facial expressions are realistic and help the audience connect on an emotional level with the story. Since it is a movie for children, the important subject of the environment, and how mankind is polluting and invading habitats that are there just for animal species, are not analysed in a complicated way. On the contrary, in fact, as they are tackled to be understood by children, which make the lessons more efficient and infuses in their minds.

Norm of the North is a film that, in going back to the origins of animated features, makes it possible for children to fully understand the message and it is capable to do so by entertaining not only them but their parents as well, making it an experience for the whole family.