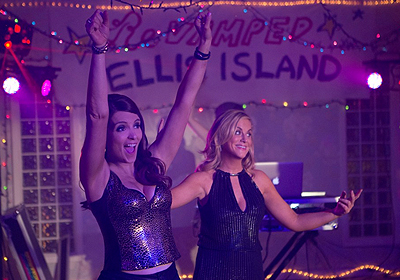 If you were expecting this film to be your classic SNL [Saturday Night Live] favourites cracking outrageous jokes, then you will not be disappointed. Sisters has plenty of mishaps to keep you entertained whilst managing to tug a little on your heart strings.

The theme is rather warming with the age-old story of sibling rivalry. If you loved Bridesmaids and can handle cringe comedy then believe the posters – this is better!Having a sister myself, I was only too familiar with this pairing played by Tina Fey and Amy Poehler, who, to no surprise, believably portray the squabbling sisters Maura and Kate Ellis.

The two have been quite the double act since working on SNL together hosting prestigious awards, pranking unsuspecting celebrities and generally winning over both British and American audiences alike. This film is no exception.

I really don’t want to say anymore in case of spoilers, but Sisters is one of the those films that is what it is: it won’t win Oscars or make ground-breaking political discoveries, but it will entertain and make you laugh out loud.