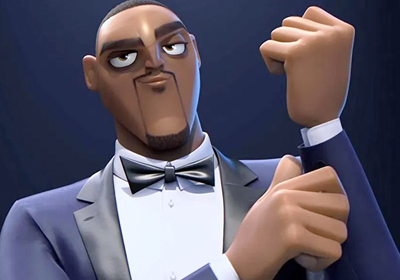 "a must watch for the entire family"

The thirteenth animated feature from Blue Sky Studios is Spies in Disguise, and following the success the studio has had with the likes of Ferdinand, Rio and the Ice Age franchise, it is safe to say that Blue Sky Studios knows what works, and its no different here.

Spies in Disguise follows super spy Lance Sterling (Will Smith) a cocky, suave and debonair agent of H.T.U.V. (Honor, Trust, Unity and Valor) as he is wrongly accused of stealing a sought after drone missile, with his agency on his tail, what does he do? Enter the bumbling tech genius Walter Beckett (Tom Holland), who is the polar opposite to Sterling, but is the only one that believes Sterling is innocent. Being impetious and impatient, Sterling drinks a formula that turns him into a Pigeon, and with time running out before the transformation is permanent, Sterling must learn how to let other take the lead and learn how to be a pigeon.

Spies in Disguise is wildly inventive and fun to watch. It is colourful and engaging with an easy to folloow storyline that the whole family can enjoy. The villain, Killian, voiced by the superb Ben Mendelsohn is menacing and throughout the film, you discover there is more to him than watching the World burn.

Smith and Holland are a solid dream team, at this point in their respective careers, you know what you are getting with these two, they work seemlessly together. The supporting cast, headed up by Rashida Jones are impecable, bringing added gravitas to the film.

Loosely based on the 2009 animated short Pigeon: Impossible by Lucas Martell, Spies in Disguise is the directorial debut of directing duo Troy Quane and Nick Bruno from a screenplay by Brad Copeland, for their debut this is a solid entry into the Animation pantheon, showing that these two have a bright future ahead in their career.

With a message of working together to overcome what is thrown at you, Spies in Disguise is a must watch for the entire family.