The Jungle Book(2016) by Federica Roberti 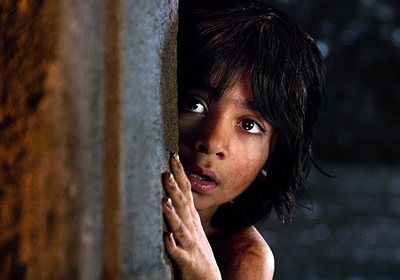 "a respectful remake of one of Disney's masterpieces"

Among the many live-action movies already produced by Disney, The Jungle Book is the one that best keeps and celebrates the soul of the original cartoon, while bringing to the screen a new serious tone and depth to the story.

Everyone will remember the tale told in The Jungle Book. A young boy, found by wise panther Bagheera, is raised by a pack of wolves and is learning to live according to the jungle's law. However, not everyone is open and ready to accept a human cub. Shere Khan, the feral and dangerous tiger, mutilated by man’s ‘red flower’ (aka fire), wants to kill Mowgli because he is destined to grow up and become a man who will endanger their home.

In his quest to go back to the village, and against his own desires, Mowgli learns how wild and menacing the jungle can really be. But he also learns to be truthful to himself while still able to respect the nature around him. What makes The Jungle Book a well crafted movie, is the perfect combination of great directing, extraordinary cast, and moving source material that can still be relevant even after almost 50 years.

As usual, Disney hasn't taken anything for granted and the quality of their work is always thriving to perfection. The special effects are so outstanding that the young Neel Sethi was able to give a truthful portrayal of Mowgli, with witty comebacks and showing an honest affection for each of his friends as if they were truly real.

The 3D experience is tremendous. The screen is crystal clear and the images are so neat that every small detail is perfectly visible. From animal fur, to the leaves on the trees, the vivid colours of the jungle, along with the brilliant sparks of fire, seem almost alive.

However, the voices that each actor lend to the wild creatures are what makes the characters even more real for the audience. The soulful performances, paired up with the incredible facial expressions, make it possible for the viewers to empathise and create a connection with all of them, even with the sly orangutan King Louie.

Scarlett Johansson once again proves that she can enrapture and hypnotise everyone just with her voice. Her Kaa doesn’t have much screen time in the film, but the few scenes with the python are fascinating to watch as her voice embodies Kaa's characteristics effortlessly. Christopher Walken, as well as Idris Elba, bring amazing performances to the screen. His King Louie is intimidating and patronising just as everyone would expect. His obsession to master fire, known by the animals as the red flower, and the need to be the most powerful creature in the jungle, makes him the more dangerous of Mowgli's enemies.

However, who really stole the scene and brought the movie to life is Bill Murray's Baloo. As soon as the famous bear enters the story, the tone shifts immediately. All the comedy aspects in the film belong to this character. Along with Mowgli's clever come backs, Baloo is the one that holds the whole movie on his shoulder, bringing to the screen some comic relief after the heavier, more emotional scenes. It's with the benevolent and sometime lazy bear that the soul of the old Disney cartoon comes to life. Baloo's theme song is the first one that is used in the film and instantly brings back fond memories of the original masterpiece.

The soundtrack celebrates with some chords from the original, with only two songs making their way into the movie; Baloo's and King Louie's, leaving Kaa's hypnotic melody for the credits.

The Jungle Book is a respectful remake of one of Disney's masterpieces. It is still a cautionary reminder of how important it is to respect nature and all the creatures that live in it. In doing so it also teaches that strength relies on unity with the ever-present line, "The strength of the pack is the wolf, and the strength of the wolf is the pack."