The Physician(2015) by Phil Slatter 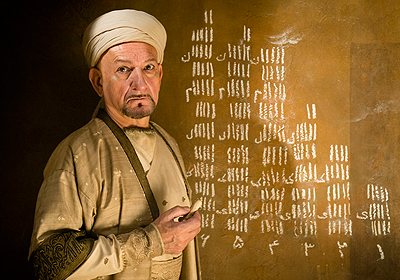 There is an interesting line running through The Physician, an adaptation of Noah Gordon’s bestselling novel , that examines the birth of western medicine, placing its roots in Medieval times and the Orient.

We first meet Rob Cole (Tom Payne) having a premonition of his mother’s death. Subsequently he becomes interested in the healing power of medicine and surgery, initially following a travelling barber (Stellan Skarsgard) before travelling to the Orient to be taught by Avicenna (Ben Kingsley).

Despite being set in the eleventh century, many elements of the story still hold relevance – religion creates divisions and religious zealots use ancient teachings to stand in the way of progress. Meanwhile, Rob continues to learn and discover about the human anatomy, striving to gain knowledge through autopsy’s which are strictly forbidden.
This element of scientific learnings and medical history undeniably creates an interesting undercurrent.

However, the wider story elements drag the film down somewhat, with some broad elements, familiar plot developments, one-dimensional supporting characters and a romantic subplot that is both shoe-horned in and serves little purpose.

The intention of making a historical epic is there and you can’t deny the cinematic elements that go alongside such a feat. Yet unfortunately the film can’t quite manage to create a unique identity in which to truly elevate the medical intrigue at its heart.