The Social Ones(2020) by Sarah Morris 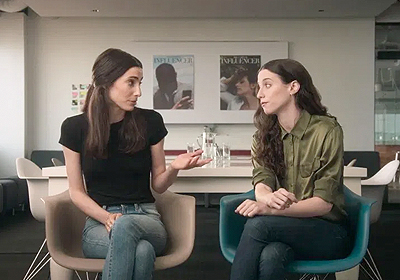 This mockumentary film stars Richard Kind, Stephanie March, Jackie Hoffman, Debra Jo Rupp and Peter Scolari. It begins with an interview with a print magazine company, where the two directors of the magazine talk about their dedication to the modern-day celebrity type, specifically ones who have a large following on popular social media platforms.

We get the chance to gain an inside look into some of the portrayed influencers within this film, on the weeks leading up to the eagerly anticipated photoshoot for the magazine “National Influencers.”

There is a “meme god” reaching his peak on social media, a Snapchat addict who creates stunts regularly, a foodie who creates regular YouTube content and places eggs on almost everything she cooks, a fashion blogger who goes to extreme lengths to capture that perfect shot for Instagram and a Facebook vlogger who excessively dresses animals in all sorts of animal outfits.

As this film progresses further, drama awaits with one of these social media influencers which throws all plans into disarray, causing drama, anxieties with everyone, leading to questions for everyone to wonder why social media has become such an everyday obsession and whether many of our anxieties and stress stem from social media - with the constant need to post, like, and keeping up to date on a daily basis.

This was a very interesting insight and I enjoyed the jokery style of this, which led me to become more aware of how anyone can become famous for doing the most ridiculous things these days and how social media can easily influence us on a daily basis – which has led to a lot of people experiencing anxieties within themselves, and the constant need to please and compete for attention and likes.