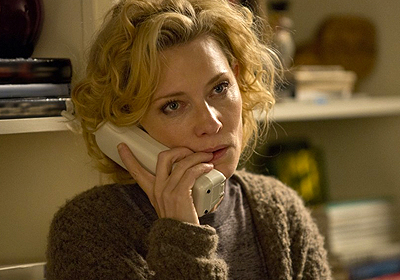 Is it even possible for Cate Blanchett to put in a sub-par performance?!It surely does not seem like it judging by her acting in Truth, her next part after her Oscar-nominated role in Carol. She is on a winning streak that shows no signs of stopping any time soon.

In Truth, she portrays the real-life journalist and producer Mary Mapes, who is working on an episode of CBS news program 60 Minutes in the months leading up to the 2004 Presidential election, where George W. Bush eventually gets re-elected. Mapes has not worked in broadcast journalism since then, following what is known as the Killian documents controversy.

Mapes and her team – made up of Roger (Dennis Quaid), Mike (Topher Grace) and Lucy (Elisabeth Moss) - work on a story from a source who claims Bush did not fulfil his duties while working in the Texas Air National Guard in the 1970s, and received preferential treatment because of his family. They make the story work thanks to typewritten documents they received from an ex-military member.

The team go live with the story, presented by esteemed news anchor Dan Rather (Robert Redford), and are celebrating their journalistic triumph when the bombshell hits. People begin to question the authenticity of the documents, and more inconsistencies and questionable journalism practices are uncovered during an investigation, and the national spotlight is placed on the team rather than on the allegations they made about Bush.

This is a hard-hitting drama about politics and journalism and how they are meant to co-exist. This will not interest audiences who do not care about this – but, if like me, you find them fascinating, then Truth is the perfect case study on it and it is interesting, compelling and absolutely infuriating.

Blanchett wonderfully portrays Mapes as her mental stability gradually declines through stress as she endures months of defending her sources, her team and the authenticity of the documents. She is put out of work and accused of being a bad journalist. She is angry that the blame is being put on her when Bush is getting away scott-free without commenting on their news story. Redford is also incredible as the well-known Rather who bares the load of the investigation as the face of the show.

This is very dense and dialogue heavy but if you are interested in it, concentration will not be a problem. I soaked in all the information as new twists and turns in the investigation come thick and fast - you must keep up with the fast pace. The script is on point, although it has an obvious political agenda, and there are some brilliant speeches that make you want to fist pump.

There are very few films these days that stick in my mind for so long, and make me want to keep talking about it. This is a very powerful and compelling drama on journalism and politics with stellar performances. It certainly won’t suit everybody though.