Since 2005, with his performances in Revelations and The Last Drop, he has taken part in international productions. In 2007 he played one of the main characters in the American miniseries Generation Kill. He is an original member of the ensemble cast of HBO’s television drama series True Blood. Skarsgård plays the role of Eric Northman, the local vampire sheriff and owner of Fangtasia, a vampire bar.

In 2009, Skarsgård appeared in the music video for pop singer Lady Gaga’s “Paparazzi”. He also has two upcoming films currently in post-production, Metropia and Beyond the Pole. He is scheduled to star in the upcoming thriller, Straw Dogs, along with Kate Bosworth and James Marsden. It is a remake of the 1971 movie. Filming is set to begin in August 2009. 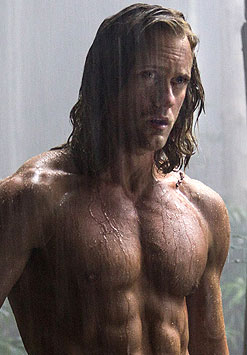