British actress best known for playing Daisy Miller in the CBBC television series M.I. High. An alumnus of Holland Park School, she is the daughter of British actor Mark Powley. Powley plays the protagonist in the 2015 film The Diary of a Teenage Girl, which premiered at the 2015 Sundance Film Festival. 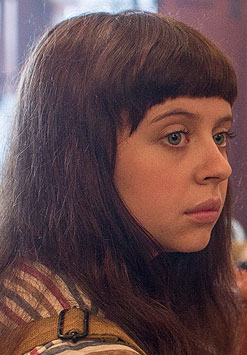