English actress. She is known for her roles as Sarah Hurst in Easy Virtue and as Catherine Earnshaw in ITV’s adaptation of Wuthering Heights.

In 2004, Riley won the Sunday Times’ Playwriting Award for Shaking Cecilia, which she co-wrote with Tiffany Wood. She appeared in Edge of Tomorrow, starring Tom Cruise and Emily Blunt. She also appeared onstage at the Royal Court Theatre production of The Priory, by Michael Wynne, She is set to appear in London Has Fallen, the sequel to the 2013 film Olympus Has Fallen where she portrays the MI6 agent. 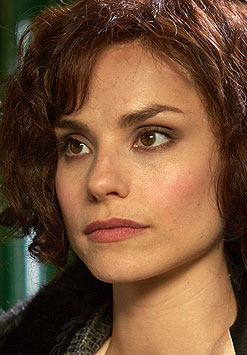