David Kenneth Harbour is an American actor. He is best known for his role as Jim Hopper in the Netflix science fiction horror series Stranger Things, which has earned him a Critics’ Choice Television Award in 2018. He has also received Primetime Emmy Award and Golden Globe Award nominations for the role. 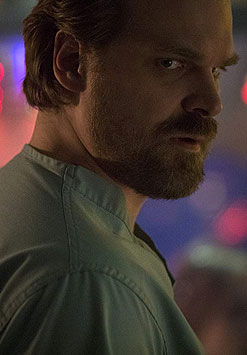