English ballerina and a principal dancer in the Royal Ballet at Covent Garden in London.

During her training Hayward was recognised as an exceptional dancer and after joining the Royal Ballet in 2010, was increasingly cast in more prominent roles during major productions.[5][6][7] She was promoted to First Artist in 2013, Soloist in 2014, First Soloist in 2015 and Principal in 2016. Hayward’s talent and technique have received critical praise and acclaim.

In 2012 Hayward danced a pas de deux from The Flower Festival in Genzano with fellow Royal Ballet dancer James Hay at the Erik Bruhn Competition in Canada. She danced Clara for the first time in The Nutcracker at Covent Garden in 2012.

In November 2018, Hayward joined the cast of Cats. She dances the role of Victoria in the film directed by Tom Hooper, with a new song written by Andrew Lloyd Webber for her character. To allow her participation, Hayward took a temporary leave of absence from The Royal Ballet until the conclusion of filming. 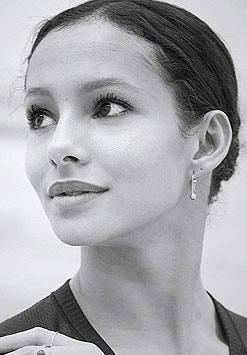