On February 9, 2016, Reinhart was cast as Betty Cooper, “sweet, studious, eager-to-please and wholesome with a huge crush on her longtime best friend, Archie” in The CW’s teen drama series Riverdale. The series premiered on January 26, 2017.

Among her film roles, Reinhart starred in Mélanie Laurent’s Galveston (2018), alongside Ben Foster and Elle Fanning, and in Lorene Scafaria’s Hustlers (2019), alongside Jennifer Lopez, Keke Palmer, Cardi B and Constance Wu. On June 14, 2019, it was announced that Reinhart will star as Grace Town in Richard Tanne’s upcoming film Chemical Hearts. On June 17, 2019, it was announced that The Walking Dead’s Austin Abrams has joined the cast and will co-star alongside Reinhart as Henry Page. Chemical Hearts will be distributed by Amazon Studios and currently has no announced release date. This will be Reinhart’s film debut as an executive producer. 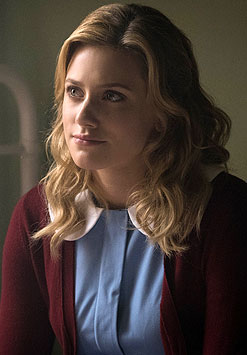