Australian actress Margot Robbie was raised on the Gold Coast, spending much of her time at the farm belonging to her grandparents. She attended and graduated from Somerset College. In her late teens, she moved to Melbourne to pursue an acting career. Her first break came when she appeared in two films directed by Aash Aaron – Vigilante(2008) and I.C.U. (2009). In 2008 she began appearing as Donna Freeman in the soap opera “Neighbours” (1985). The role and performance was popular and Robbie was nominated for several Logie Awards. She left the show in 2010 and set off to pursue Hollywood opportunities, quickly landing the role of Laura Cameron in the ABC Drama “Pan Am”. 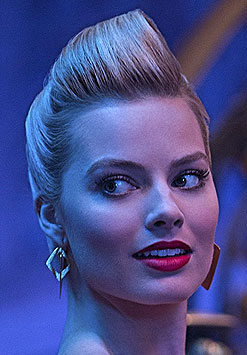