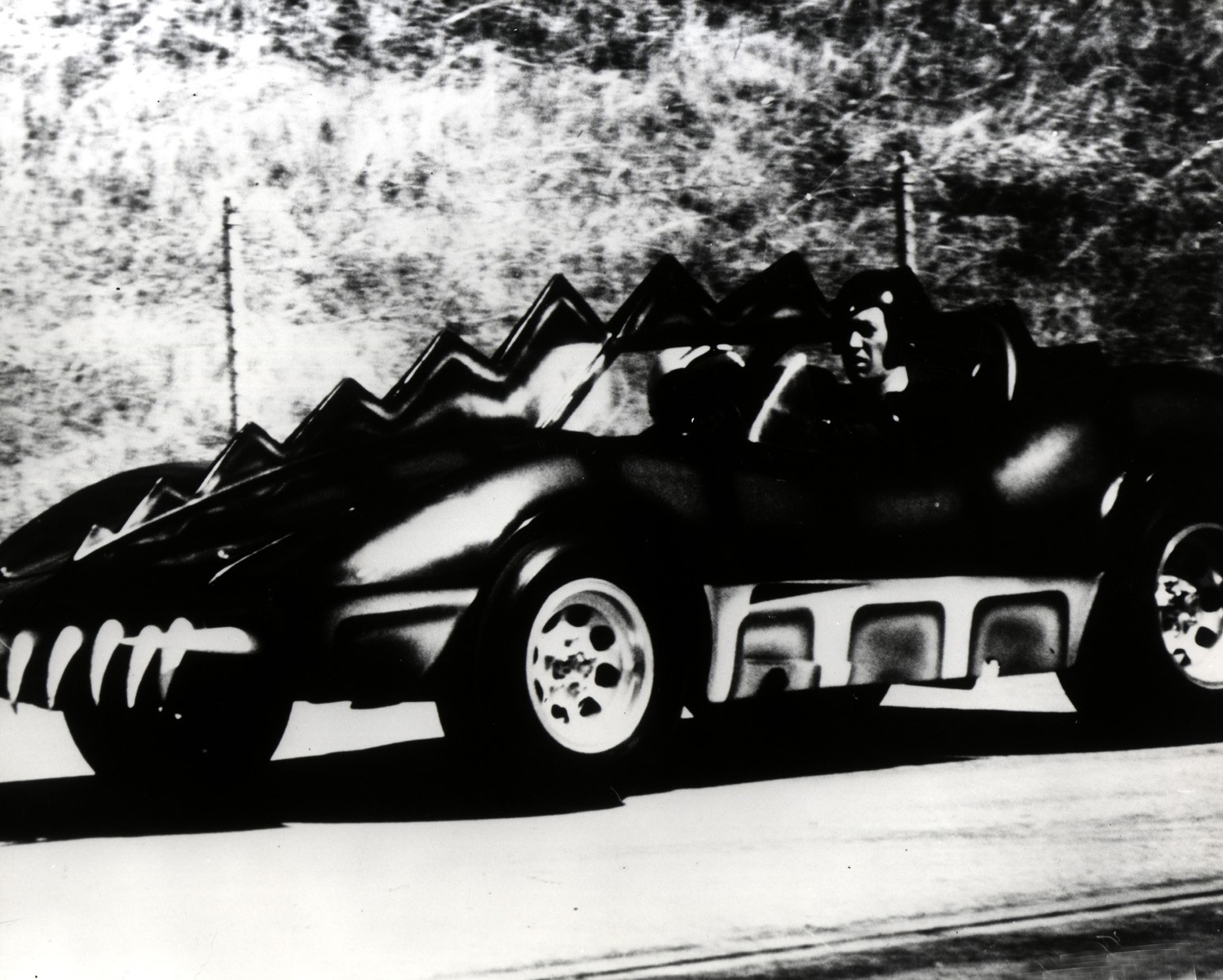 More delightfully sick humor from Bartel (EATING RAOUL). In a boorish future, the government sponsors a popular, but bloody, cross-country race in which points are scored by mowing down pedestrians–with bonus points for the elderly! Five teams, each comprised of a male and female, compete using cars equipped with deadly weapons. Frankenstein, the mysterious returning champion, has become America’s hero, but this time he has a passenger from the underground resistance. A legendary cult film.