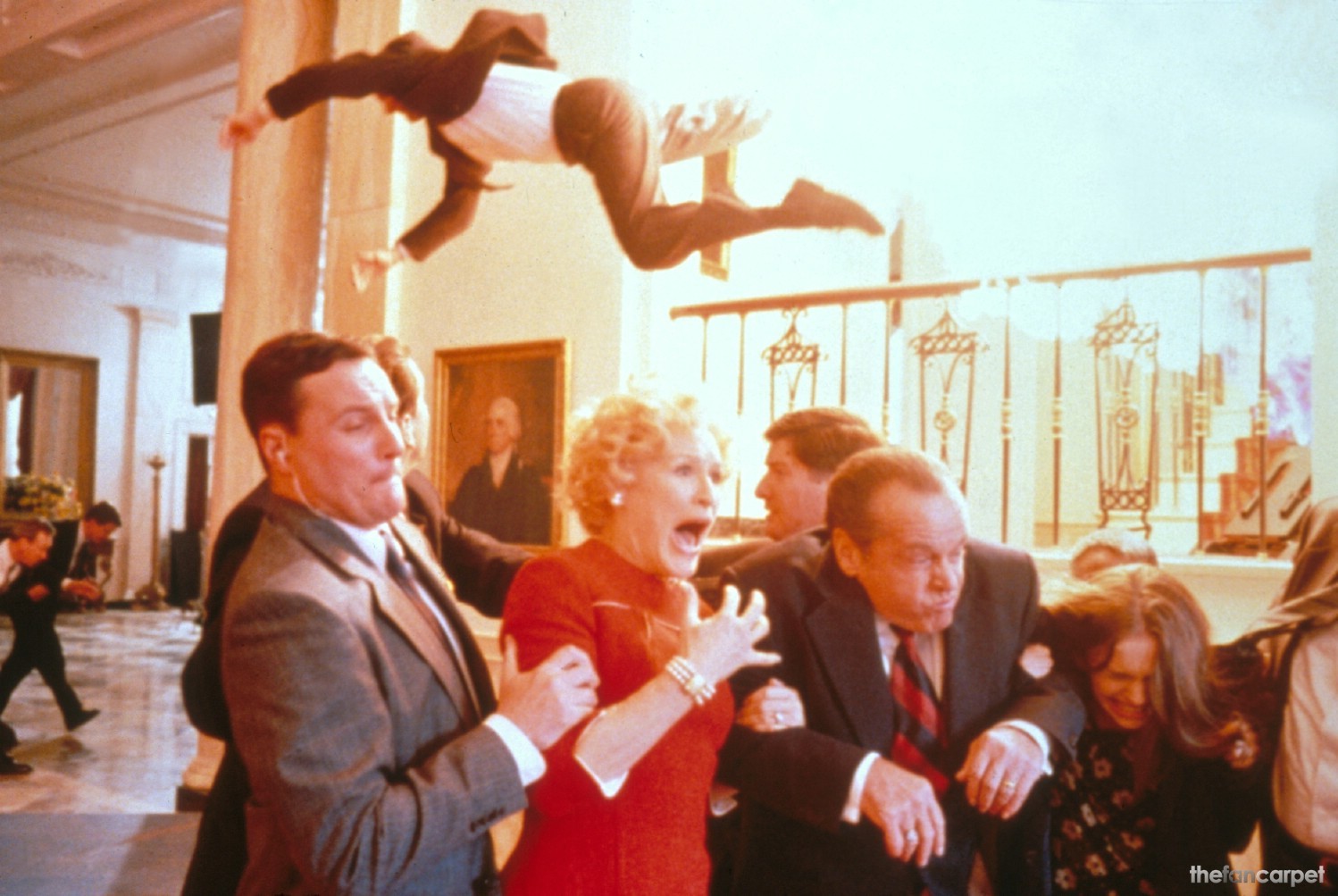 Director Tim Burton unleashes MARS ATTACKS!, a vicious, affectionate, brightly-colored homage to 1950s alien invasion movies. When a shiny silver flying saucer lands in the Nevada desert, a group of skull-faced Martians exit the gleaming craft. Although they claim to be peaceful, they promptly ‘vaporize’ a gathering of unfortunate Earthlings, kicking off a bizarre high-tech war with wild special effects. This studiously campy sci-fi spoof, based on a series of Topps bubble-gum cards, gleefully parodies not only schlock B-horror movies, but also overblown blockbusters such as INDEPENDENCE DAY. This subversive film is helped along by an all-star cast including Jack Nicholson in dual roles as both a clueless U.S. President (with First Lady Glenn Close) and a Las Vegas sleazebag. The film follows the wacky WAR OF THE WORLD–like proceedings from the points of view of numerous colorful characters, from the inane U.S. Press Secretary (Martin Short) to a trailer-park family (Lukas Haas and Sylvia Sidney), singer Tom Jones (as himself).