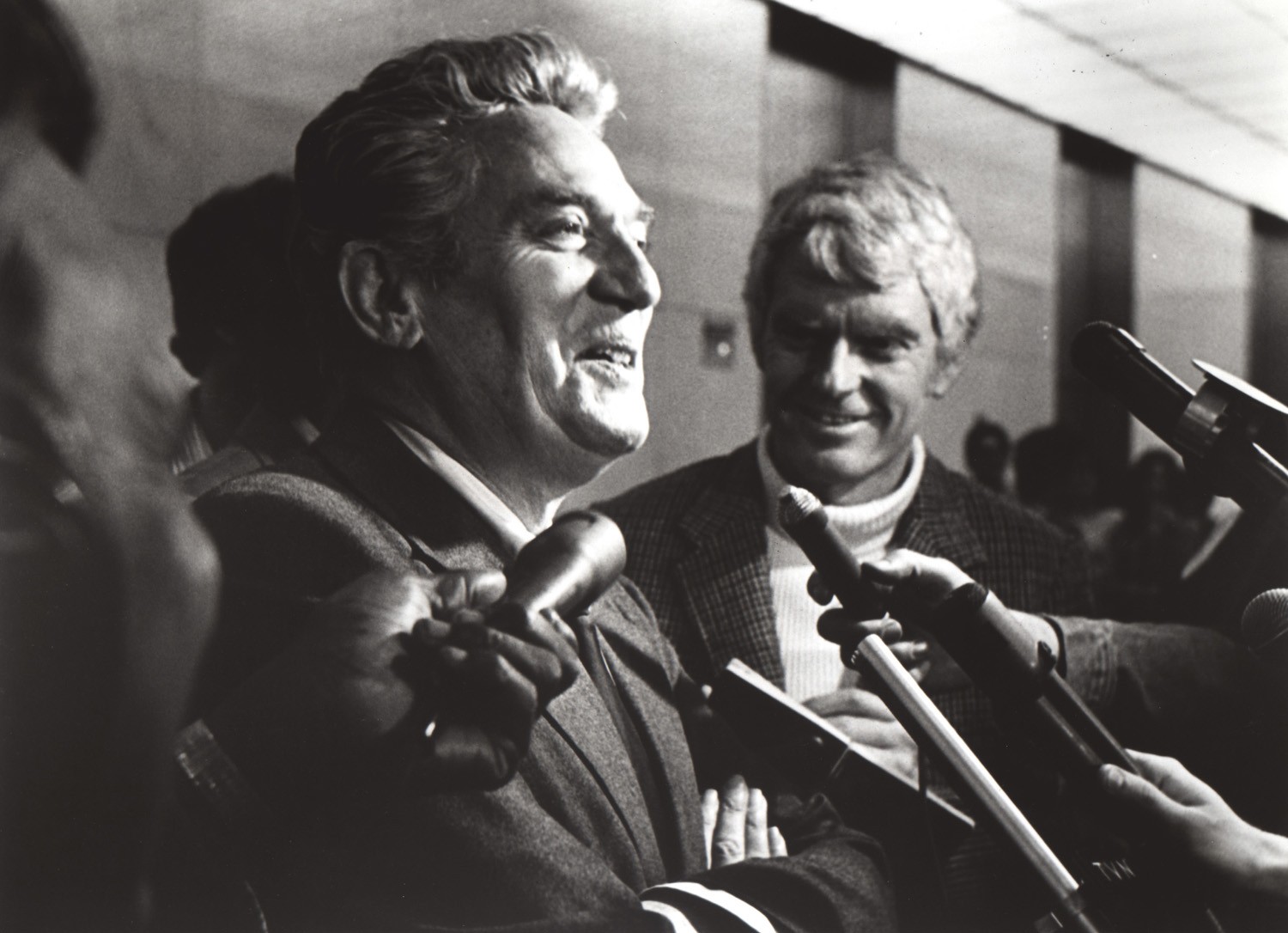 With stunning prescience, Sidney Lumet’s searing satire of television and the contemporary moment chronicles the media’s imminent corruption and the public’s wholesale purchase into the myths that it creates. With a verbose and visceral script from Paddy Chayefsky, NETWORK follows the doomed path of aging newsman Howard Beale (Peter Finch), who upon learning that he is to be fired after decades as a news anchor announces to millions of viewers that he will publicly commit suicide during his last broadcast. When the ratings consequently shoot up, razor-sharp executive in training Diana Christensen (Faye Dunaway) seizes the moment to exploit Beale’s messianic nervous breakdown, turning his delusional exclamatory rage into the vehicle for the network’s first number one show and a nationwide craze. Middle-aged and fading news department head Max Schumacher (William Holden) is the only thing that stands in Diana’s way–and even then not for long after she casually seduces him and easily has him fired with the help of the savage new head of the network, Frank Hackett (Robert Duvall). The moral and spiritual turpitude delivered by the debilitating forces of television are rendered in sharp relief against a backdrop of crumbling humanity in what is regarded as one of the great satires in Hollywood history.