One Flew Over the Cuckoo's Nest | The Fan Carpet

One Flew Over the Cuckoo’s Nest 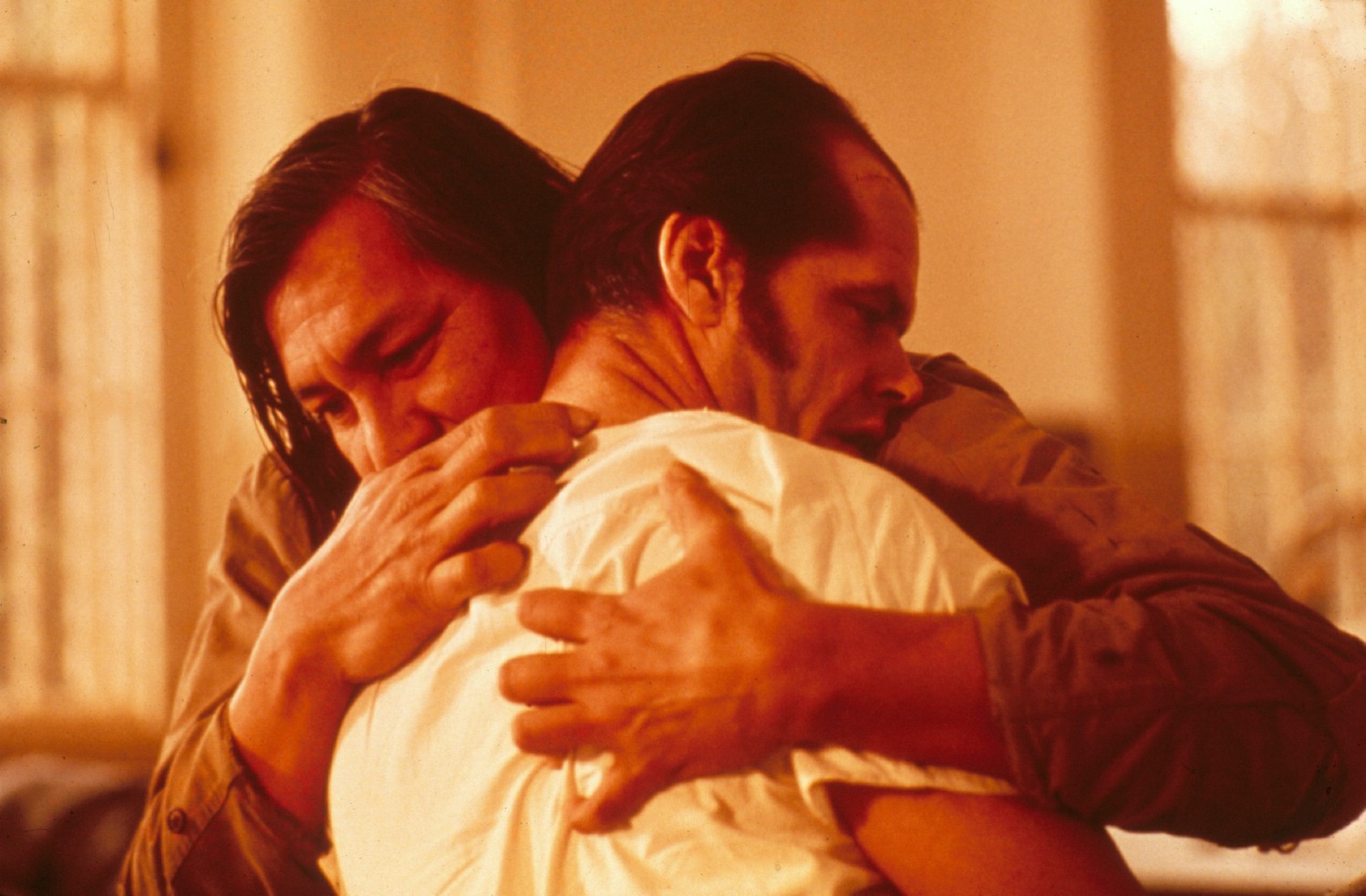 In one of the most memorable indictments of mental institutions, and a subtle examination of male anger, ONE FLEW OVER THE CUCKOO’S NEST (based on the novel by Ken Kesey) presents a biting, and ultimately tragic, satire. R.P. McMurphy (Jack Nicholson, in a role it would seem he was born to play), a misbehaving con who shirks authority, finds himself in an asylum after faking insanity to get out of work detail in prison. Once in, the vivacious troublemaker finds out he’s in a worse kind of prison–one presided over by the repressed, terrifyingly quiet Nurse Ratched (Louise Fletcher), whose taught set of rules and regulations are meant to suppress patients’ psychotic outbursts, and their spirits. It’s not long before McMurphy is reaching out to his new inmates, trying desperately to bring life to an otherwise dead atmosphere. He becomes the organizer of card games, tries to teach a huge Cree Indian, Chief Bromden (Will Sampson), to shoot baskets, and, when his efforts to allow the patients to see the World Series are thwarted, he mimics the game for his new friends. To Ratched, however, Nicholson’s free spirit is as dangerous as a schizophrenic impulse.