Planet of the Apes | The Fan Carpet

Planet of the Apes 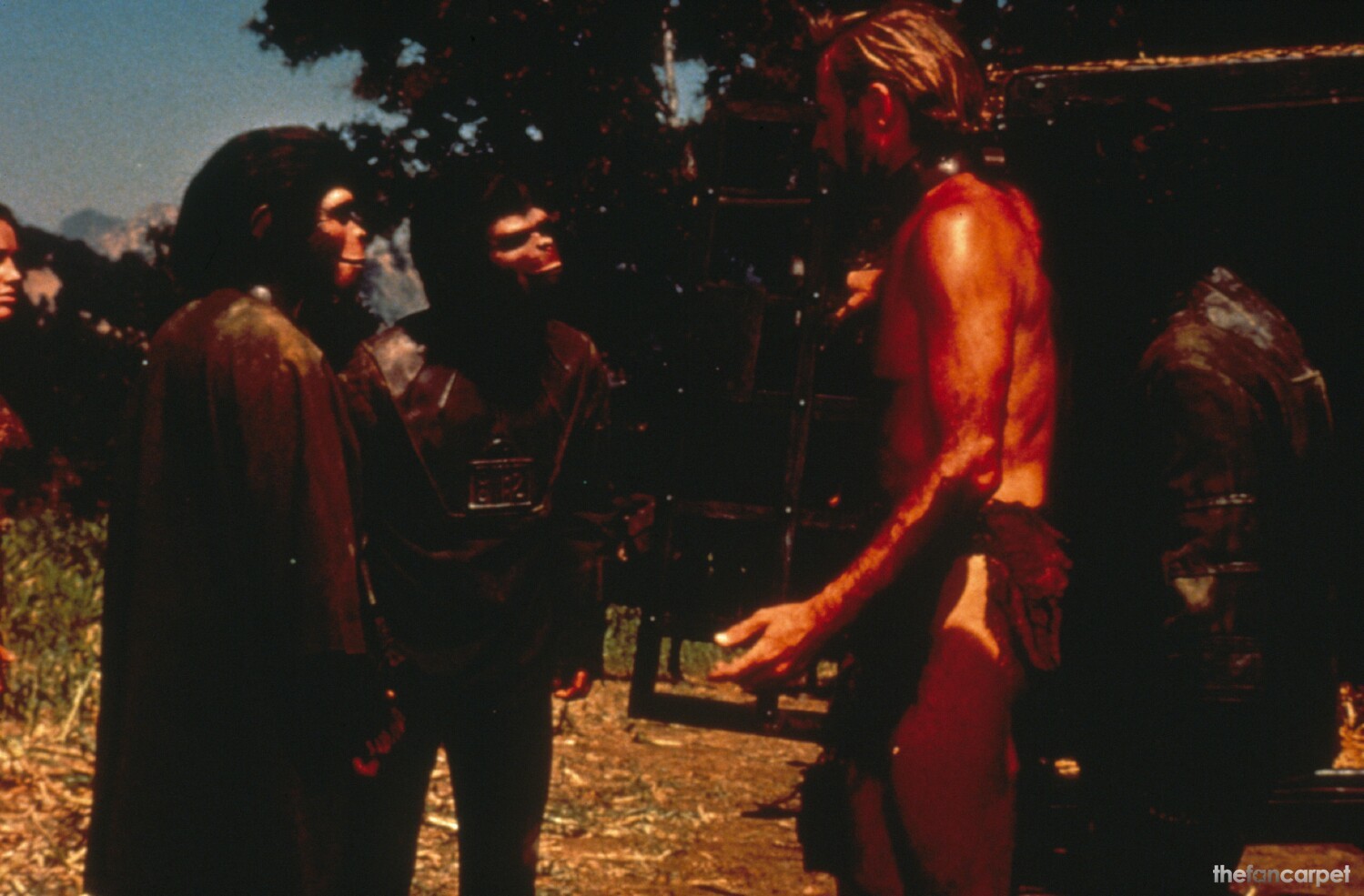 It begins in a spaceship carrying four passengers. The skipper, Taylor speaks of how their ship is traveling 700 years into the future but they are not aging. Then he gives himself a sleeper shot and goes into cryo sleep like his companions. Then the opening credits roll. When they are over it shows the spaceship crashing into a river in the middle of a mountainous desert. The astronauts awake due to the flashing red lights. Taylor and his two male companions, Dodge and Landon, get out of the cryo beds but then notice that the third companion, a woman named Stewart, has died of old age through an air leak in the cryo sleep.