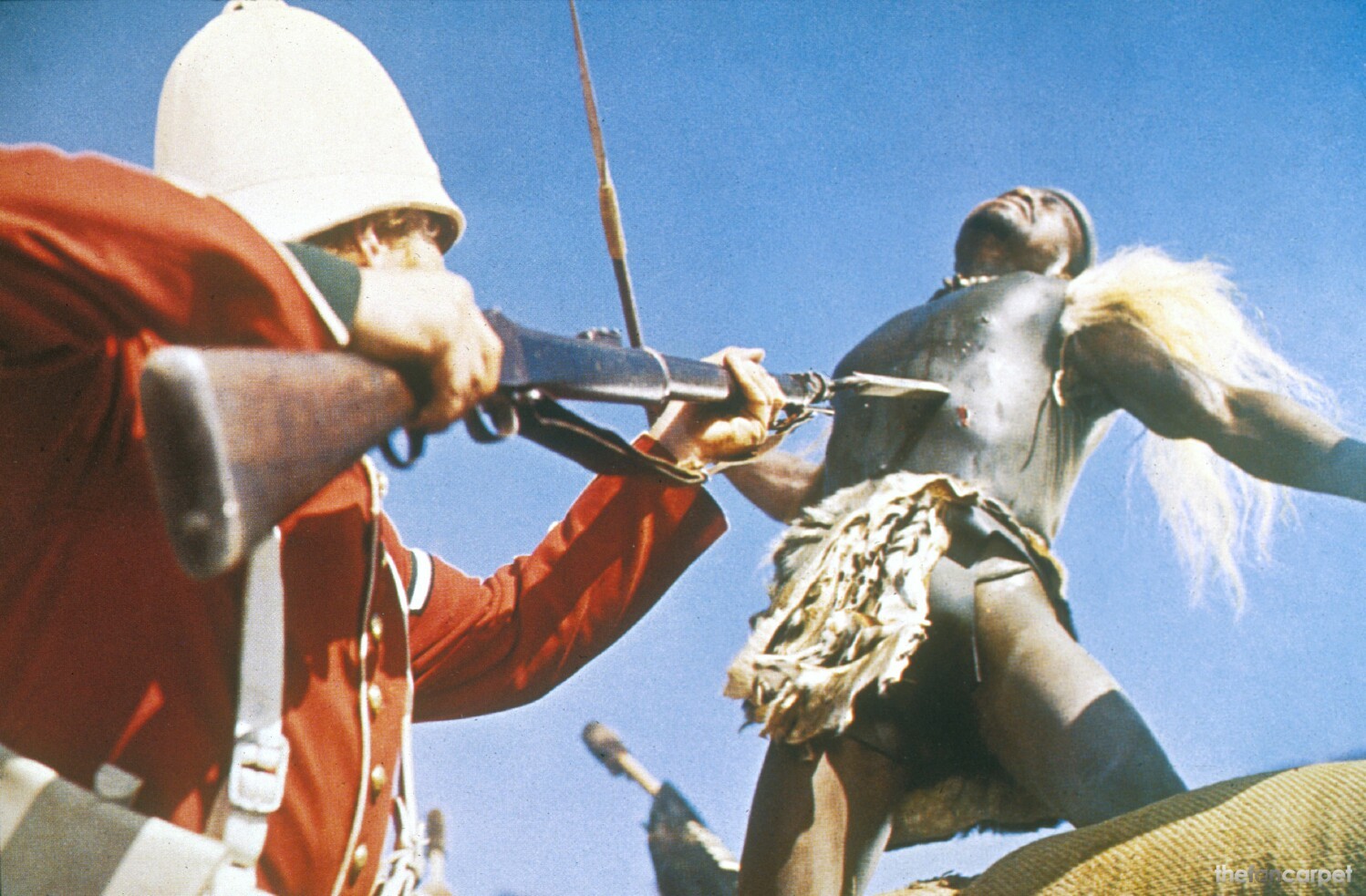 Filmed on a grand scale, Zulu is a rousing recreation of the January 22, 1879, siege of Rorke’s Drift in Natal, Africa. An army of 4,000 Zulu warriors have already decimated a huge British garrison; now they are on their way to the much smaller Rorke’s Drift. A Royal Engineers officer (Stanley Baker) is determined to stand his ground, despite having only a skeleton garrison at his command. His steamroller tactics are constantly at odds with those of a by-the-book lieutenant (Michael Caine), who feels that a retreat is called for, but it becomes clear that if the garrison is to survive, they’d better pay heed. Jack Hawkins and Ulla Jacobsson are also on hand as an idealistic missionary and his somewhat more pragmatic daughter. Richard Burton provides the narration for Zulu, closing the film with the observation that 11 of the 1,344 Victoria Crosses awarded since 1856 were bestowed upon the survivors of Rorke’s Drift. Zulu was followed in 1979 by a “prequel,” Zulu Dawn.