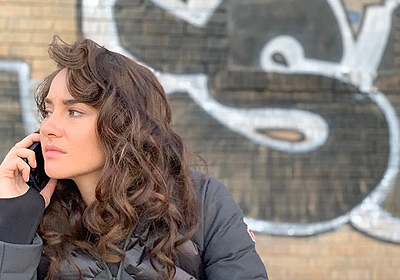 Endings, Beginnings revolves around the present day in LA where Daphne (Woodley), a young woman approaching her thirties seems to be struggling with the negatives and the heartbreak of a recent breakup, over a period of a year, having a love/hate relationship with herself.

After quitting her job she didn’t get much enjoyment or satisfaction from, and also calling it quits with her new relationship with Adrian (Gubler) of 4 years, Daphne vows for new beginnings by taking the advice of her friend to take a 6-month break from men and drinking, which only lasts for a short period. She soon finds herself quickly involved in a love triangle after meeting Jack (Dornan) and Frank (Stan) at a New Year’s Eve Party.

As the film progresses, so does the storyline and the love triangle, which does involve some nudity and sexual content as well as the feeling of being involved in a soap opera episode, as it becomes apparent that Frank and Jack are best friends, and Daphne finds out when Frank tries to warn her off Jack, which is where the film becomes more intense.

The film keeps you hooked throughout the duration and at the end, with some emotions involved in some scenes The ending is a good and easy way to summarise the story and what is a “new beginning” for Daphne and the way she realises and looks at the way things have turned for her and trying her best to keep going to help herself and others around her.