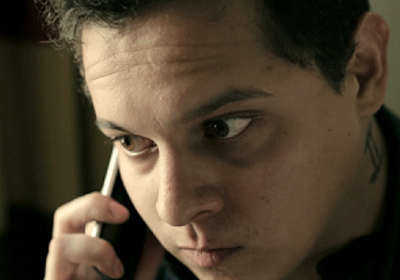 "With intrigue and mystery that’ll keep you guessing, Frontera is superbly acted and directed, and manages to be unique in its execution"

Written and Directed by Jake Thomas Armbruster, Frontera is a Crime Drama that centres around Sonny DuPont (Omar Saavedra) and Bradley DuPont Jr. (Justin Berti) as they come to terms with their fathers death, their other was a legendary public figure and arms dealer to the cartel ad the two brothers face the consequences of the power vacuum left when he passes away.

Frontera is well paced and has an engaging story that sees the brothers on different sides of the tracks, Bradley is running for office and struggles to keep his fathers secrets whilst Sonny, doesn’t want to return to the life, he wants to settle dow with his pregnant girlfriend and settle down with his growing family.

There is an interesting subplot involving immigrants, which at first seems to be unconnected to the DuPont Brothers, but it becomes clear why it’s important to have this plot thread as it comes into play later.

With intrigue and mystery that’ll keep you guessing, Frontera is superbly acted and directed, and manages to be unique in its execution, even when some of the themes it deals with are well trodden in the Cinema scape at this point.