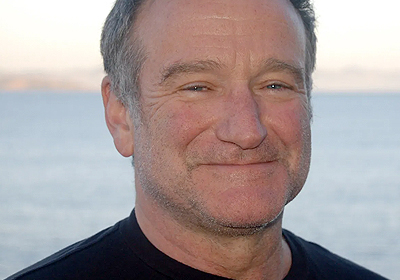 A documentary film, directed by Tylor Norwood and written by Tylor Norwood and Scott Fitzloff, about Robin Williams, giving an intimate portrait of him during his life, and giving the story what really happened to one of the best comedic actors to exist, and what his mind was fighting before his unfortunate and tragic death back in August 2014.

Robin’s Wish features people who knew Robin, including his wife Susan Schneider Williams, and the stories they had of Robin during his existence.

In August 2014 the world became shocked by the death of Robin Williams’ suicide. For someone I grew up watching in Mrs Doubtfire and Jumanji, his death became upsetting for me as did the world, as we lost a legend, but no-one, other than people close to him, knew the deeper knowledge of his death until now, with this documentary.

This documentary gives light on what happened, for Robin’s fans to understand that the funny, bright comedy actor was fighting dementia. Everyone was led to believe Robin died from depression as that is what the mainstream media spun on their story without any further details.

I am happy to have watched this documentary and have learned more on this and the struggles right up to the end, which Robin had experienced.

It focused on the specific type of dementia that Robin had suffered from; Lewy Body Dementia, a highly unknown disease by many people, but this causes confusion and paranoia, and increases fear in those who suffer.

Unfortunately, Robin was one of the unlucky people who developed this and struggled to fight it, leading to his loss, but this led to this documentary taking place, with Robin’s lifelong goal to help people become less afraid, resulting in this; Robin’s Wish.

I enjoyed watching this, but I found myself being rather emotional at times, so it took a while to finish watching, Tylor Norwood, who wrote and directed this documentary created this to help open people’s eyes to this awful neurodegenerative disorder; Lewy Body Dementia, and to help provide some clarity and closure to fans of Robin with what really happened, and hopes to raise awareness of this for others who may have or are experiencing this.

This documentary showed a lot of intimate footage of Robin’s life, how he had been as a person – a funny, all-round lovely friendly guy, and the support from his friends and family, particularly his wife, which triggered many emotions with me.

This documentary is available for people to watch from Monday 4th January. I highly recommend giving this a watch. If you loved Robin Williams when he was alive and in movie greats, you need to watch this documentary.