The Batman(2022)
by Jessen Aroonachellum (The Geek Monty) 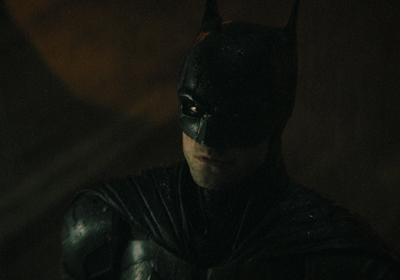 Matt Reeves’ The Batman is a pure noir detective film. Stylish, dark, sombre and action packed. This is a brilliant Batman film.

Robert Pattinson brings a younger, slightly inexperienced, troubled Bruce Wayne and a vengeful and imposing Batman to the screen whilst Zoë Kravitz brings a multifaceted sultry Selina Kyle that is foil to Batman as well as an ally, and they help eachother to solve the mystery that is plaguing Gotham City.

Paul Dano, Colin Farrell and John Turturro are great as the menacing underbelly of Gotham. While Jeffrey Wright as the determined Jim Gordon and Andy Serkis as steadfast Alfred Pennyworth are superb.

The world building and characters development is well realised, whilst it also plants seeds for future instalments.

The Batman has beautiful cinematography, despite the dark and moody nature of the film there was some light moments and hope. Watching the film on an IMAX screen was a great experience, the soundtrack complements the visuals whilst giving us a fresh new take on the Dark Knight.