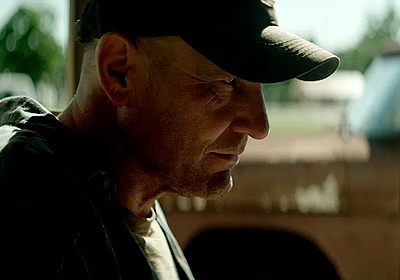 The Big Ugly is a film written and directed by Scott Wiper and stars Leven Rambin as Kara, Ron Perlman as Preston, Vinnie Jones as Neelyn, Malcolm McDowell as Harris and Nicholas Braun as Will.

From viewing the trailer to watching this movie I could already feel this movie was having an effect on me, and as it stars Vinnie Jones, I sensed it would be a great movie. However, as it played, I experienced a lot of violence including guns, shootings, deaths, fighting, you name it, including some very strong language. There is also a few sexual scenes and some scenes of drugs and alcohol within this movie, but nothing too explicit.

As this film is set as a crime thriller, it felt more like a sequel to a previous movie with revenge and violence and at some points I became confused with the plot, as it seemed a lot of the moods were mashed together, which does end up making the end of the film interesting, but I was not a massive fan.

Scott Wiper and his team did a good job with the filming and the camera angles, the casting, I just was not overly enthusiastic about the overuse of a lot of strong language, fights, guns, and use of alcohol and drugs.

Although this is not my type of movie, I would still recommend this to anyone who is thinking of seeing it, as someone else may have a different opinion and review upon this movie and may feel different towards it.