The Mauritanian(2021) by Federica Roberti 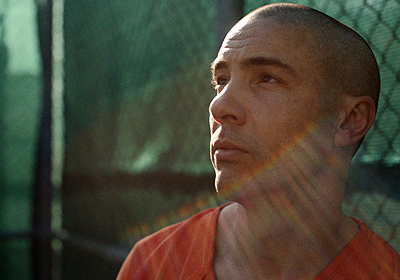 Based on the memoir “Guantánamo diary”, the Mauritanian brings to screen the true story of Mohamedou Slahi and his fight for freedom. For whomever is not familiar with the book or this author, The Mauritanian focuses on the events that lead to Mohamedou’s imprisonment in Guantánamo after the 9/11 attacks in America.

Although heavily redacted, the book became a New York Best Seller due to the shocking unveiling of the brutal interrogations and tortures on the Guantánamo detainees, who, most of the time, didn’t even receive the rights to a trial before being imprisoned without charges.

Directed by Kevin Macdonald, the film is a play by play of the events right before Mohamedou’s first trial, focusing on the 8 years he spent in jail because of a coerced testimony. Bringing to the screen a fairly recent real life story is never an easy task; the need to tread carefully is always present, especially because the events represented on film are connected to painful loses and a war that is still ongoing. Along with that, when directing a drama thriller movie, it is sometimes easy to get lost in the action and use images rather than dialogue.

In The Mauritanian there is a good balance between telling a real story and maintaining the magic of movie making. In fact, while the “enhanced interrogation techniques” are well depicted in all their cruelty and inhumanity, almost as if to resemble an exposé, they don’t take much space in the film. Their violence is still strong and poignant, however, it is used to create that unbearable feeling of a punch in the stomach and highlight the brutality of the Guantánamo prison and just like receiving a punch, these scenes are fast and shocking.

To allow the audience to have a moment to digest the brutal tortures suffered by Mohamedou, Macdonald uses the conversation between him and Nancy Hollander, his Humanitarian Lawyer, to break the tension. However, these conversations, alongside the legal ground work made by the defence and prosecution to build their case, are not just used to soften the blow for the audience but also to allow them to connect with the story on a more human level without feeling the need to alienate completely from the events.

At first the audience is pushed not to trust the main character; from the moment of his capture to his first conversation with his Lawyers, there is a strong uneasiness and feeling of mistrust. Even the two Lawyers are not there to decide if he is innocent or guilty, they are just there to allow Mohamedou to have a right to a trial. Their conversations are sharp and to the point, never delving on his emotions and feelings.

What starts to change their mind it is not Mohamedou’s weirdly positive, friendly and hopeful behaviour, but rather uncovering the truth regarding what happened in the Guantánamo cells by reading the classified reports which corroborate Mohamedou’s letters with his version of the facts.

While the movie unravels so does the story and every single piece of the puzzle comes together to give a clear picture of every single Human Rights Violation perpetrated behind closed doors.

Another remarkable aspect about this movie is that The Mauritanian doesn’t shy away from condemning a flawed justice system and all the administrations involved; it tells a different side of the story that is not the one promoted by history’s winners and it points out all that still needs to be done to right all the wrongs done and it highlights it without using a paternalistic tone.

All of this couldn’t be achieved without a strong and committed cast ensemble; portraying real life people is never an easy task. Jodie Foster, Benedict Cumberbatch and most of all Tahar Rahim brought to the screen heartfelt, strong and truthful performances.

Jodie Foster is well known for playing strong women fighting for justice and even as Hollander, her performance is outstanding. Her character is never caught by surprise and is constantly fuelled by the need to uncover the truth at all costs.

Cumberbatch embodies the American military man, ready to defend his country at all costs. His performance as Lieutenant Colonel Couch is sharp, especially when his character realises that he is on the wrong side of history this time. His morals and sense of justice are stronger than his patriotism and Cumberbatch portrayed this character’s vulnerability with true emotions.

A special mention needs to be made for Tahar Rahim. The French actor holds the film on his shoulder and completely captured Mohamedou’s personality on screen. His flawless work becomes evident especially during the credits, when the audience is shown videoclips of the real Mohamedou, a man who is still hopeful and positive even after losing so many years of his life. Through his performance Rahim allows the audience to connect to Mohamedou even when his innocence is not clear and after watching the final clips, it is almost impossible to separate the actor from the men.

As a whole, The Mauritanian succeeds with the difficult task of showcasing a rather dark page in contemporary history without choosing to pick a side but rather by bringing all the facts to the table and let the story speak for itself.