Where The Crawdads Sing(2022) by Gloria Daniels-Moss 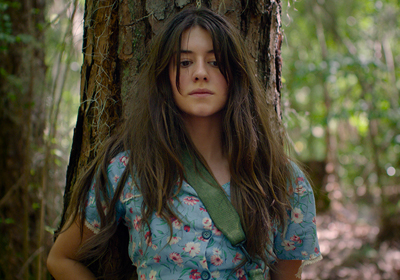 "A twisty thriller those melancholy tone lets it down"

If anyone has even read the blurb for Delia Owens novel of the same title; you’ll get a sense this isn’t exactly going to be an uplifting piece of cinema. Whilst one should go into this with that in mind, at times the downbeat narrative becomes a tad too much to endure. As tense courtroom scenes ebb and flow alongside copious flashbacks of Kya’s unfortunate and tough childhood, the viewer longs for the far and few between moments of happiness when engaging with this one.

In the depths of the North Carolina marshes, a young woman becomes a suspect in the murder of a man who she previously had a relationship with. A recluse, nicknamed 'Marsh Girl' by the local towns folk, appears she doesn’t have a leg to stand on when it comes to proving her innocence and let’s face it – it’s easy enough to blame the one that doesn’t fit the mould and especially a lone woman in the 50’s. Being throw into a cell with nothing a but an adorable cat to keep her company, the comforting face of David Strathairn appears, acting as her lawyer giving us a dose of hope in an otherwise bleak situation.

Normal People’s Daisy Edgar-Jones embraces Kya's 'abandoned by her parents and siblings persona' and transcends the curtain with pure emotion after she has to endure the familiar roller-coaster of constantly being let down and mistreatment by virtually everyone in her life. No wonder she wanted to stay tucked away deep within the marshes all alone, collect shells and draw nature. Learning to survive on her own, childhood friend Tate helps her on her way and eventually becomes the key to unlocking her full potential and gaining the first taste of security this poor young woman has ever experienced.

It’s not so much the pace that let’s this storytelling down, albeit it’s miserable content. Set in a time where being a woman wasn’t exactly a walk in the park, the familiar territory of the woman always being a helpless, weak victim rears its head throughout. Basically, everyone not just women on screen here, bar a lucky few bare the brunt of societies standards. The classic stereotypes of bully’s and those who think it’s appropriate to choose violence as an answer emerge forcing you to think of shocking events across our very own recent times, accentuating the fact we still have an incredibly long road to travel, before everyone is accepted as equal.

Gorgeous, lush landscapes consume the silver screen, married with soaring music that it’s apparent a woman’s touch is all over this one. With such Producer credits as Reese Witherspoon and Betsy Danbury attached, it’s hard to fathom how The Morning Show’s Jon Wu ever got a word in amongst such powerful individuals.

A poignant, coming of age tale that does tug on the heart strings, although doesn’t offer us anything new – just a chance for everyone to show case their talent, and by gosh they sure do. Read what you will into the recent allocations to Delia Owen wanted for questioning in a murder case; Where the Crawdads Sing is a meandering tale with heartbreak at its core.