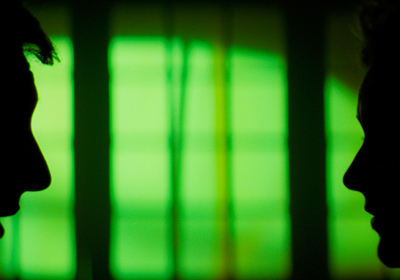 "with it’s chaotic energy and final dance number, pushes the audience to reflect on both the positive and negative effect consumerism has on our society"

Many before him have tried to adapt Don DeLillo’s 1985 novel into film. With White Noise, Baumbach has brought to the screen a maybe outdated but always contemporary dark comedy on the inexorability of death and how society is programmed to overcome the fear of dying with the joys of consumerism.

Set in a fictional college suburb in the 1980s, White Noise follows the ordinary lives of Jack (Adam Driver), a successful professor in Hitler studies, his scatter brained wife Babette (Greta Gerwig) and their blended family of six. Everything seems normal in this little suburb, until a truck carrying gasoline crashes into a train transporting volatile toxic waste, causing a natural disaster and forcing everyone to face their biggest fear, death.

As DeLillo made an art of painting a tragic picture of the future of consumerism and modern society back in the 80s, Baumbach, on his part, is a master in turning the author’s tragic idea of the future into more of a humorous reflection on our society.

The difference with the visionary author however is in the fact that Baumbach never forces his view on the audience, but rather leaves them to make up their mind about it; while watching the film anyone and everyone is free to see the events as criticisms to modern society or just as a realistic representation of human behaviour.

The whole concept, albeit created in 1985, can be considered an allegory of the past 3 years. The “airborne toxic event” fits perfectly with our recent reality and, the global reaction that followed, is close to what the characters are living in the film.

The fear of the unknown, facing mortality and the idea that death is not something we need to worry about just in our old age, but something that can happen to everyone at any time, these are the themes that Baumbach is portraying in White Noise.

However, rather than focusing on the gloomy side of it, he prefers to narrate them with an ironically dark sense of humour, almost to remind the audience that sometimes the only way to face and survive tragedy is to laugh about it.

Hidden between the lines there is still the duality of interpreting his vision as either criticism to consumerism pushing society to be distracted by impending tragedy by compulsively buying and give in to your own instinct, or by celebrating it as a way to find the joy to live again after facing mortality.

Tapping into the energy of a play of the absurd, White Noise, with it’s chaotic energy and final dance number, pushes the audience to reflect on both the positive and negative effect consumerism has on our society. A gentle reminder that there is no wrong way to respond to any tragedy, as long as it is the right way for you.