You’ve Been Trumped Too(2020) by Sarah Morris 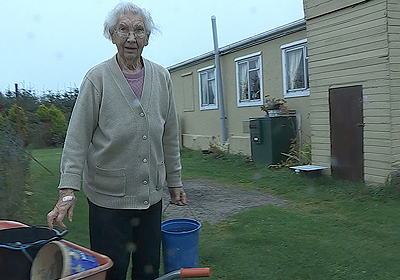 "a documentary focusing on the conflict between Donald Trump and a Scottish 92-year old widow, Molly Forbes"

Directed by Anthony Baxter, this is a very insightful documentary focusing behind the scenes of what America’s President – Donald Trump and everyone around him, is really like.

Due to this documentary being held back by legal threats from Donald Trump's organisation for the last four years, it is now, finally, set to soon be released for many to see, and good timing too as it is released just before the US 2020 elections begin.

You’ve Been Trumped Too is known as the documentary that Trump does not want you to see, and it is going to be, finally, seen by many across the world.

Upon watching this, it gave me a great insight into a troubling conflict between a 96-year-old Scottish widow who resides in Scotland, and Donald Trump – which explores how Trump has been trying to develop a golf resort near Aberdeen, Scotland, but is unable to, due to Molly Forbes and her family refusing to move, and so begins a half a decade conflict, where it is quickly discovered that the workers for Donald Trump cut off water supplies to her home, resulting in alternative ways to have water for everyday use.

The events within this documentary are dated as far back as 2011, and upon watching this, I became more interested and more shocked at what was going on and before I knew it, the documentary wrapped up, and gave a brief update on some events which were featured in the documentary.

After this documentary was completed, the initial release was placed on hold amid threats from the Trump Organisation threatening to sue any cinema who pressed ahead and showed it, which caused this to be placed on hold, ahead of the US 2016 elections.

But, from research into this, it became apparent the threats made upon the original release were found to not have any legal impact at all as the documentary was assessed for fair and libel use from both laws in the UK and the US, and so now is the time of the film to be released – despite Trump trying his hardest to ban the release, which is available from 18th August 2020 – under three months before the US election, great timing!

Upon watching this, I found this documentary film to be a great insight into how Trump works, and how much he lies to get to where he needs to be, destroying whatever may be in his way. In this documentary, it does show a good insight into the type of person Trump really is, which also explains the reasons behind why he fought so hard to try and get it banned from airing, and I would highly recommend watching this upon release.