There has rarely been a greater recipe for blockbuster success than giant monsters, great special effects and a compelling narrative. Throw in an accomplished and skilled director who knows how to truly thrill audiences and you have all the ingredients for a true action movie masterpiece.

It’s no surprise therefore that when Jurassic Park first hit screens in 1993, it grossed nearly $1 billion in its original theatrical run, becoming the highest grossing film ever at the time. An unstoppable franchise was formed, with 4 further follow-up films, as well as the inevitable lunchboxes, t-shirts and even online slot incarnations that have been tailor made to play at a card registration bonus casino.

Obviously, some of the sequels and spin-offs have not reached the same lofty critical heights as the original feature. Here we run through the highs and lows of this global movie powerhouse. 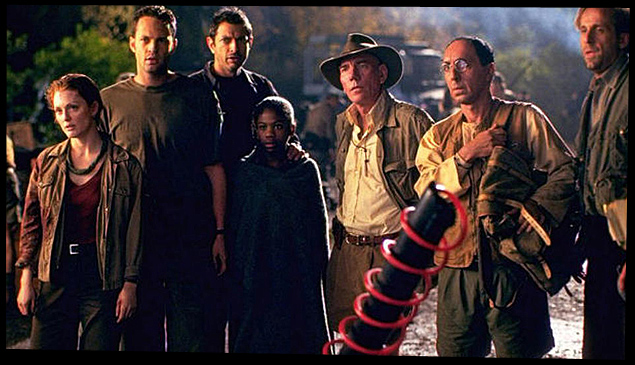 Jurassic Park III (2001)
Nearly a decade after the release of the original, and with Spielberg having walked away from the franchise at this point, Jurassic Park III felt disappointingly flat. Whilst Sam Neill’s return to the line-up as Dr Alan Grant helped to keep the film from being a complete snooze-fest, by this point the action scenes had grown tired, with a flabby narrative, and an infamously bizarre dream sequence in which a velociraptor chats with Grant, Jurassic Park III remains surprisingly forgettable for a film primarily about dinosaurs eating people.

The Lost World: Jurassic Park (1997)
When it comes to quality sequels, The Godfather II this ain’t. Whilst it was obviously going to be almost impossible to match the success of the first instalment, fans were still left unimpressed. Even though the advancements in CGI in the years between the original and the sequel made the dinosaurs look even more ferocious, the human characters themselves suffered from a lack of realism. A T-Rex rampage through San Diego is certainly entertaining, but doesn’t compensate for the rest of this troubled sequel.

Jurassic World: Fallen Kingdom (2018)
Another mediocre sequel, according to reviews, Fallen Kingdom features enough excitement to satiate the average rubbernecker, but hard-core fans of the series will not have failed to notice the alarming plot similarities between Fallen Kingdom and its predecessor. With a further follow-up to the rebooted series planned for release in 2021, let’s hope it can pack the same punch as the franchise standouts.

Jurassic World (2015)
The hype around this release may have faded in the memory somewhat, but when Jurassic World regenerated the dino-franchise in 2015, every man and his stegosaurus were in attendance. Fans of the original more or less got what they wanted, including witnessing the revolutionary ideas of billionaire John Hammond come to fruition in a fully-fledged theme park. When things inevitably go wrong, an appropriately grand degree of chaos ensues, and the on-screen chemistry between Chris Pine and Bryce Dallas Howard carries this instalment beyond pure disaster movie-thriller.

Jurassic Park (1993)
In truth, it was really without question. It’s still difficult to comprehend the impact and legacy Jurassic Park has had on both action movies and indeed wider culture. However, even when viewed purely on its own merits, Jurassic Park stands fearsomely tall above its sequel siblings. With astonishing special effects which still put others to shame nearly 30 years later, an iconic score by John Williams and a brilliant cast spearheaded by Sam Neill, Jurassic Park has just the right dose of everything, ensuring it as a fearsome family favourite for years to come.