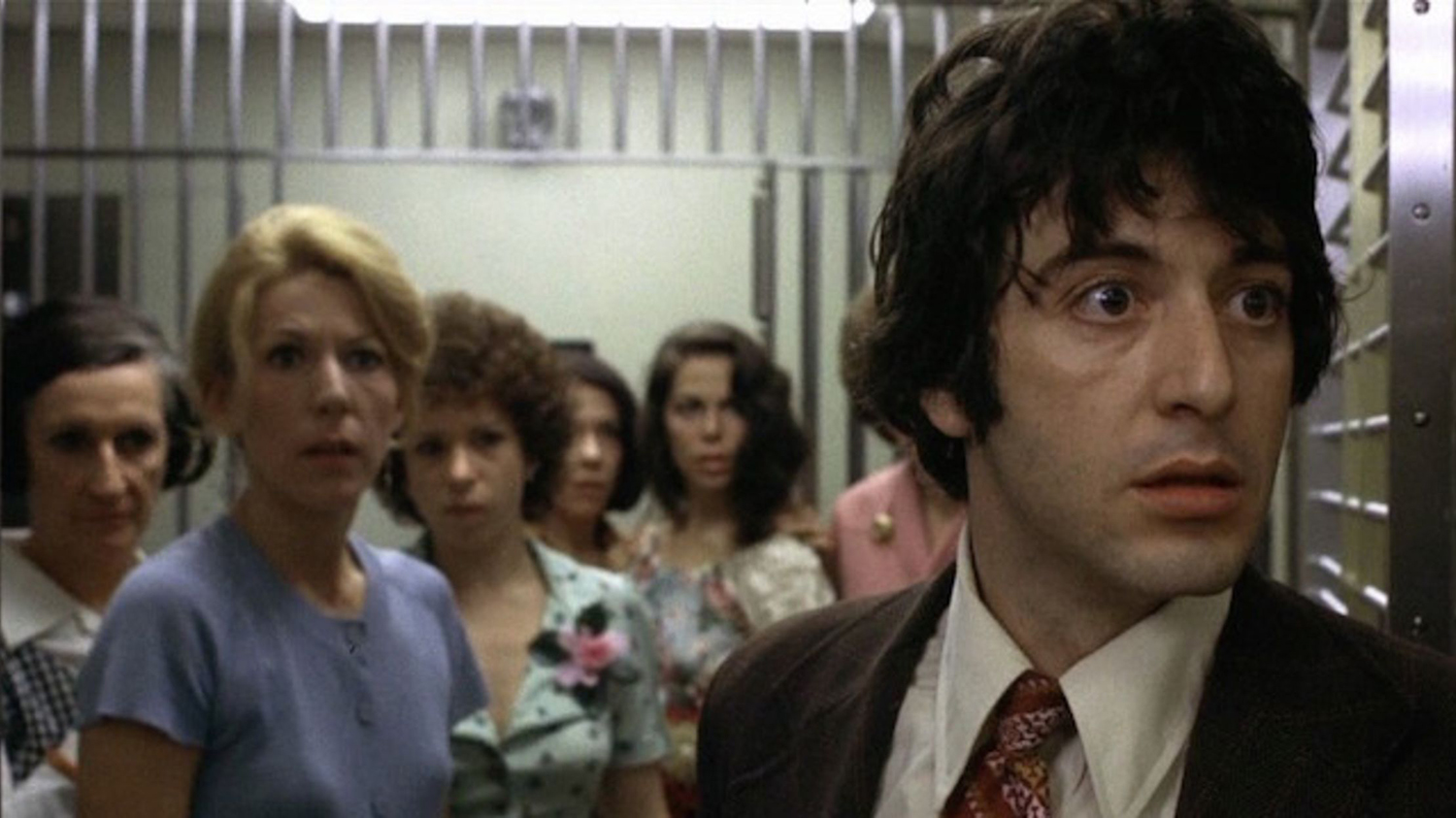 Dog Day Afternoon. On the blistering afternoon of August 22, 1972, two optimistic losers attempt to rob a Brooklyn bank-the frantic master-mind Sonny (Academy Award-winner Al Pacino, ‘Scent of a Woman,’ ‘Carlito’s Way’), and his slow-witted buddy Sal (John Cazale, ‘The Godfather,’ ‘The Deer Hunter’). But then the cops arrive. The crowds arrive. The TV cameras arrive. Even the pizza man arrives. As their heist turns into a circus, Sonny and Sal’s notoriety grows, and their chances for survival shrink. Pacino teams with his ‘Serpico’ director Sidney Lumet (‘The Verdict,’ ‘Prince of the City’) for a jolting comedy-drama that earned six Oscar nominations, including Best Picture, and a win for Frank Pierson’s streetwise screenplay based on a real-life incident. Recently selected by the prestigious American Film Institute as one of the 400 greatest American films of all time.