The Missouri Breaks | The Fan Carpet 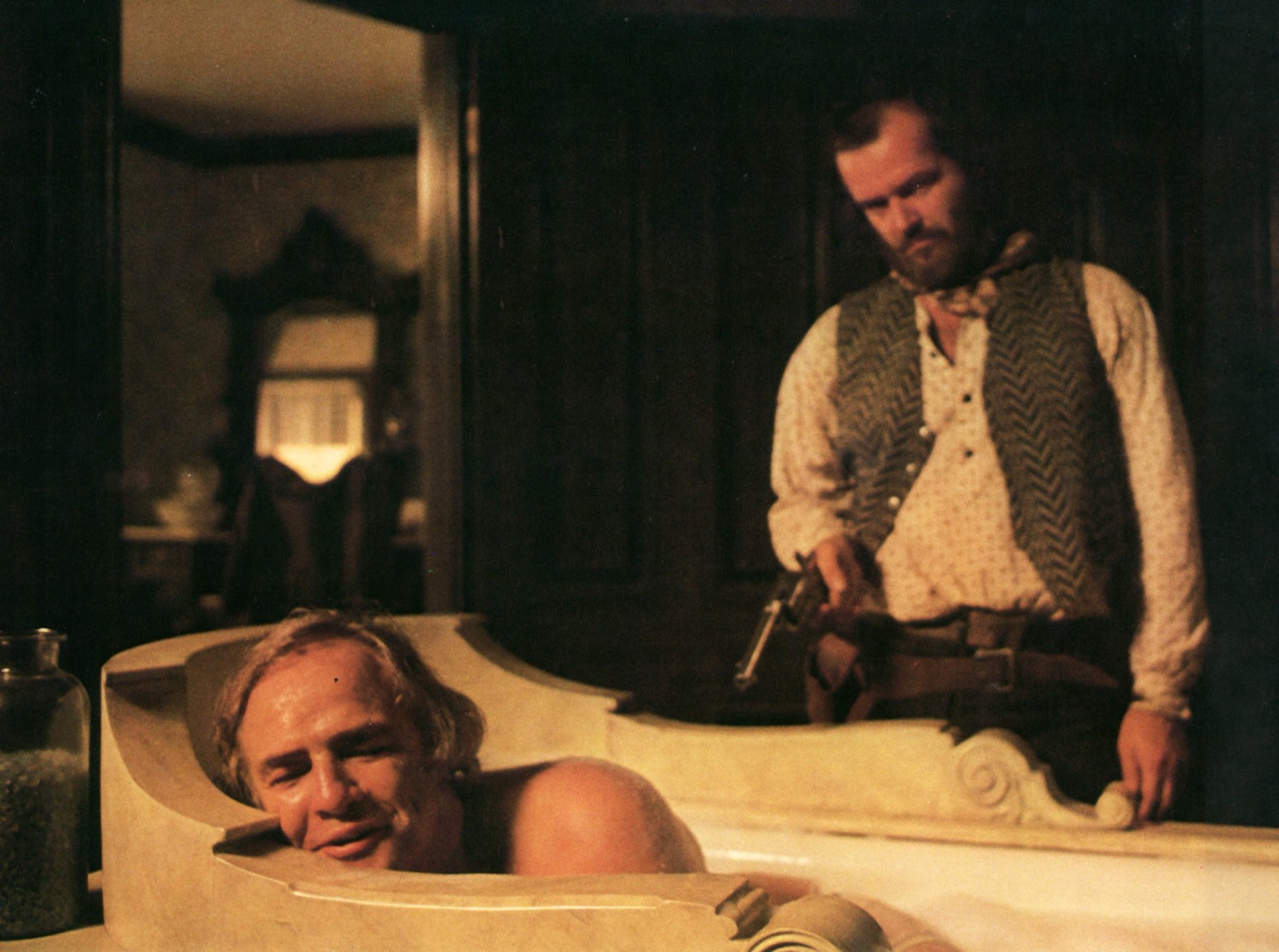 It’s the wild frontier and anything goes, especially in the untamed territory of Montana. Tom Logan (Jack Nicholson) leads a gang of cattle thieves out for revenge when one of its members is hanged by wealthy rancher David Braxton. Braxton, however, has hired expert manhunter Lee Clayton (Marlon Brando) to stop the gang at any cost. Clayton is a crazed man, driven half mad by the loneliness of his profession, a man who will never stop until he has gotten his quarry. Tom Logan is not intimidated and confronts Clayton himself. THE MISSOURI BREAKS is another vivid anti-western from Penn. Like LITTLE BIG MAN, this film takes a hard look at what life was like in the wild West, keeping the characters real and the story intense. Marlon Brando gives an unnerving performance as the insane bounty hunter, and Nicholson is sympathetic as the young but wearied cattle rustler who is in love with his enemy’s daughter. The production overcame many difficulties with weather and locations to create an entertaining Hollywood epic.