The Price For Silence(2019) by Tremayne Miller 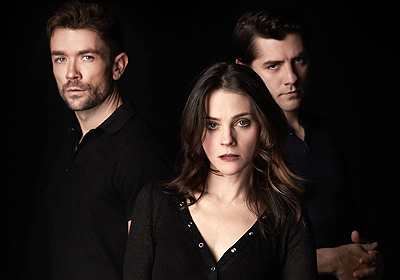 "Lead actress, Lynn Mancinelli gives a confident portrayal of a woman who is beset with problems, and at times even I could barely look at the screen"

Lynn Mancinelli plays Kira Flynn, unsettled and flawed, whilst strong willed, she is still suffering from acute Post Traumatic Stress Disorder (PTSD), after having been assaulted as a teenager, worse still by someone she considered a friend.

Despite seeking help from a "questionable" psychiatrist, she remains saturated by arresting nightmares, and there appears little hope of a recovery, as she continues to cling onto a dark secret, at the same time she delves deeper into alcoholism and drug-taking, in order to suppress any pain or angst that she is feeling. A vicious circle thenceforth, with scarce space for a retreat, that is until the death of her father, upon which she has no choice but to unearth her demons, and face each one head on.

Lead actress, Lynn Mancinelli gives a confident portrayal of a woman who is beset with problems, and at times even I could barely look at the screen. However, considering that the film was made during the #metoo period, it manages to somehow to overlook all that it stands for, and instead depicts an assault victim in a rather soulless manner, going on to implant a “reverse revenge rape scene" in the mix.

The Price for Silence's attempt to address weighty topics, those include: sexual assault, drug (including prescription) and alcohol addiction, mental health, defective family set-ups, corruption in a small town and "art," which I use here very loosely, as it results in a palette made up of indistinguishable, watery colours, the broadness of colour having just been too much, when instead it should have thought to retain the primary colours only.

I might, therefore, draw parallels with the American daytime soap opera 'Days of Our Lives' (aka DOOL or Days), one of the longest-running scripted television programmes in the world, having airing since 1965; hard to believe now but in the seventies, it was assigned the label of 'most daring drama,' prepared to cover topics other programmes wouldn't; perhaps it was the farfetched story strands of 'The Price For Silence' that reminded me of a soap opera.